Our team at Xenia Heating & Air proudly services the people of Bellbrook, OH, with the highest quality of HVAC services in the area. If you are an Bellbrook resident who is looking for a reliable, affordable and five star rated HVAC company to serve your needs, look no further.

If you reside in Bellbrook and need assistance, we would be honored to help you by providing any of our premium HVAC services at the most affordable price rates in the region.
Need emergency heating or cooling services? Give us a call.
Is your AC blowing warm air? Give us a call.
Is your furnace not warming your home? Give us a call today at (937) 708-8451. You can also get the ball rolling now and set up an appointment online by clicking here! 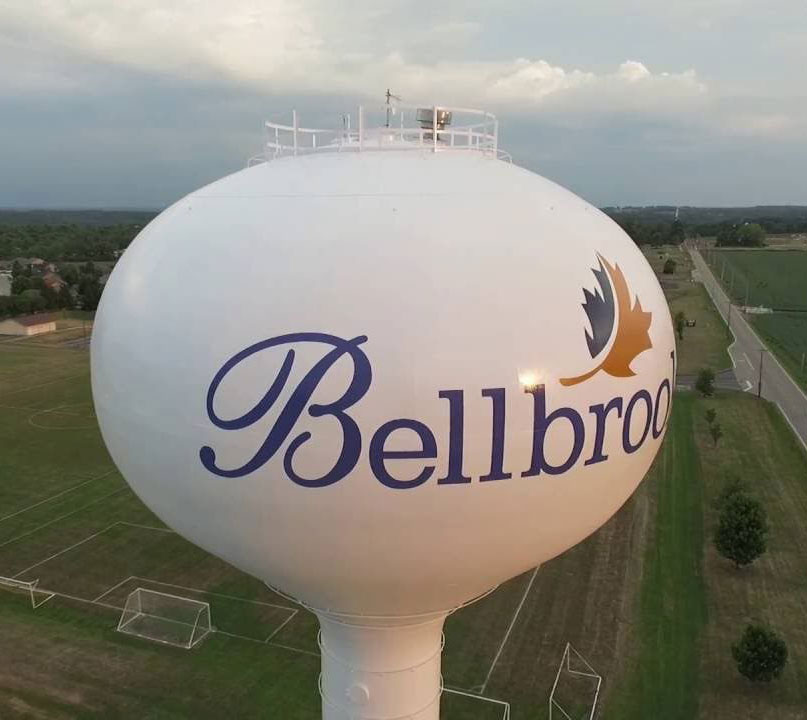 Having an estimated population of more than 7,300 residents, the city of Bellbrook was laid out in 1816 in Greene County. The community gets its name, Bellbrook, as an amalgamation of the names of the Little Sugar Creek and one of the founders, Stephen Bell.
The city’s post office, although at first called Bell Brook, was established in 1817.In 1895, however, the name was changed to Bellbrook.

Although Bellbrook started as a small village, it expanded like most municipalities in the area through land annexation. Much of it’s added land came from the nearby Sugarcreek Township. The first of such land annexation was in 1970. After this, the town’s population grew to more than 5,000 people. Then, in 1974, Bellbrook earned the status of being a city.

With large areas of undeveloped land, Bellbrook had more than 1,000 housing units built on it since that annexation. Currently, Bellbrook is almost entirely developed with little room for future development. Each year in April, the city has it’s famous Sugar Maple Festival. In August of every year, they host their beloved Lions Club Festival.

Powered by Nearby Now
21 hours ago

71633630 pics saved I completed a diagnostic on a Rheem A/C. I inspected the unit and found worn outside thermostat wires to the condenser. I repaired the wire. I inspected the blower which was very dirty. I recommended a blower pool and clean. Homeowner will think about it. I checked charge on system. I cycled and monitored system. Operating normally at this time. 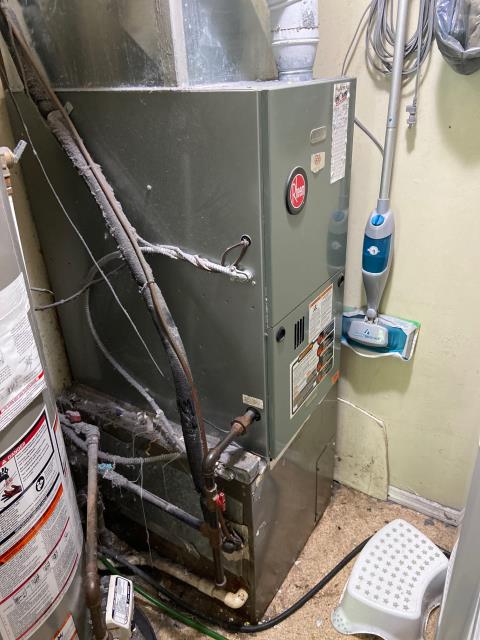 I completed a diagnostic on an A/C that is not cooling home at all. I inspected the unit and found the compressor shorted. The circuit breaker also popped. The system is also very low on charge. I recommend that due to the age, condition and cost of repairs (seen and unseen) that the unit be replaced. I provided a free estimate for replacement and repair.

I did a duct cleaning for clients new home!

Performed a tune-up and safety check-up for a 2010 AC unit. Client had just moved into the home and wanted to know how his the AC system measured up. We found a weekend blower capacitor, price for replacement 161.00. We found a dirty blower, price for pool and clean 374.00. The 22 refrigerant levels at the outdoor unit being low. 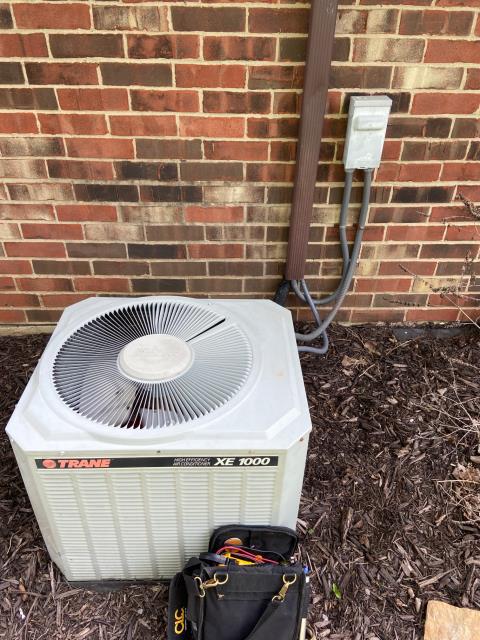 Added refrigerant to a system.

I completed a scheduled maintenance agreement on a gas furnace. Upon departure everything was working as it should.

I completed a call back install on a ac that was not coming on. Upon arrival I discovered that the system was low on refrigerant. I will have to return to the customers home after getting the refrigerant for the unit.