Our team at Xenia Heating & Air proudly services the people of Cedarville, OH, with the highest quality of HVAC services in the area. If you are an Cedarville resident who is looking for a reliable, affordable and five star rated HVAC company to serve your needs, look no further.

If you reside in Cedarville and need assistance, we would be honored to help you by providing any of our premium HVAC services at the most affordable price rates in the region.
Need emergency heating or cooling services? Give us a call.
Is your AC blowing warm air? Give us a call.
Is your furnace not warming your home? Give us a call today at (937) 708-8451. You can also get the ball rolling now and set up an appointment online by clicking here!

Having a population of more than 4,300 people, the historic Village of Cedarville is located in Greene County. Cedarville is home to Ohio’s 70th Governor, Mike DeWine.
It was laid out originally with the name Milford as early as 1816. There has been a U.S. Post Office called Massies Creek in the village since 1837. However, in 1843, the town’s name was changed to Cedarville. This name was chosen because of a beloved growth of cedar trees near its original town site.

During the 1880s and for many years after, public life in Cedarville mostly revolved around the downtown Cedarville Opera House, which still stands to this day. Today it is listed on the National Register of Historic Places. Since 1887, the town has also been home to Cedarville University, a Baptist college.

Located in Greene County, the village is somewhat famous for its Labor Day festivities, which they call CedarFest. This festival started as a celebration for the town being the birthplace of James H. Kyle, a 19th century American politician, and prominent Populist, who is credited for establishing Labor Day as a national holiday.

Every year, the festival includes a parade, a performance by the high school’s marching band, carnival rides and games, a church service, and several exhibitions of the local cuisine. On the Sunday before Labor Day, the weekend of festivities is concluded with fireworks in Cedar Park.

For the first weekend of December each year, Cedarville residents coordinate their home holiday lighting displays as part of the village’s Little Town of Lights competition, which draws in people from all over the region. As part of these festivities, hay rides are given and there is outdoor Christmas caroling, photographs taken with Santa Claus, and samples of the local food. This is in conjunction with a live Nativity scene outside of Grace Baptist Church.

Powered by Nearby Now
34 days ago

Performed a tune-up and safety check-up for a 2021 AC unit. Client stated no issues. Technician found no issues. AC is operating within manufacture specs. 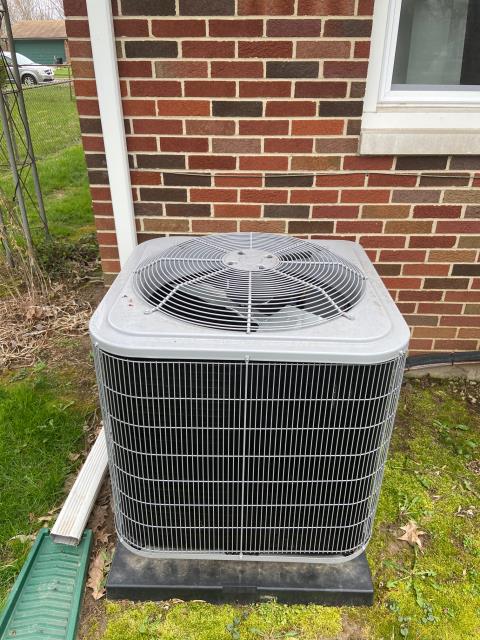 Replaced warranty OEM main circuit control board in a 2021 gas furnace. Warranty circuit board and run MC 14/2 4’ with junction no service disconnect needed installed with 12/2 working on departure.

Upon arrival I completed diagnostics and found the inducer not powered with w1 call from the thermostat. The furnace did start heating, the office will call for scheduling of warranty circuit board. I also fixed the filter rack so the filter comes out. We also need to bring 2x4 junction box and blank plate and 4’ of 14/2 MC cable so unshielded circuit is not on the floor due to liability.

Upon arrival I gave the customer an Estimate on a Five Star Gas Furnace.

Upon arrival I gave the customer a second opinion on furnace repairs. The previous company did not do the New Install correctly. The system is operational upon departure. 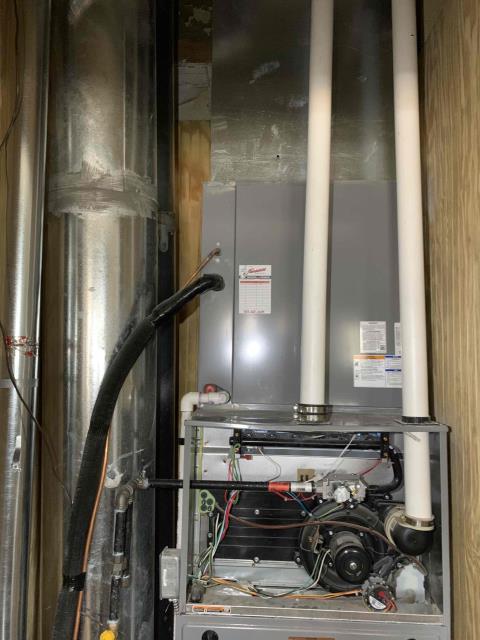 arrived for a scheduled maintenance agreement heating tune up on a carrier gas furnace Customer stated no issues but a boom noise when the furnace came on, notice the boom came from ductwork as the blower kicked in- all due to the air pressure I found a weekend blower capacitor Customer opted to replace at this time CO levels in the flu were a little high first after cleaning manifold gas it went down I told client to keep an eye on the CO level of the furnace to make sure it doesn’t get any higher , which may indicate a cracked heat exchanger Other than elevated CO the flu/combustion analysis, furnace is operating properly Furnace was operating upon departure, I reset thermostat to customers desired temperature of 74° 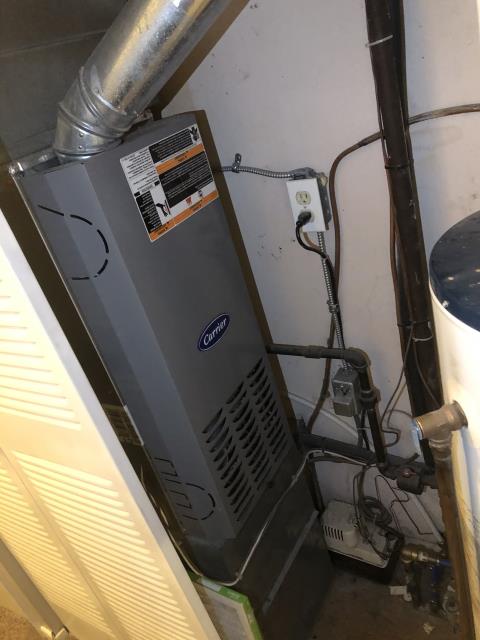 No info in call

Upon arrival I completed diagnostics and found the the inducer comes on and the pressure switch closes but the smart valve is flashing a number three fault for a pressure switch not closing. This control board has a very distinct burn mark on it and the control board needs replaced, it is reporting a fault that is actually not present. After speaking with customer he decided to replace the furnace and it is being installed tomorrow morning.

I went to the customer's home to diagnose a Nordyne propane furnace. I found that the flame sensor was dirty so I pulled and cleaned it. The system was heating when I left. 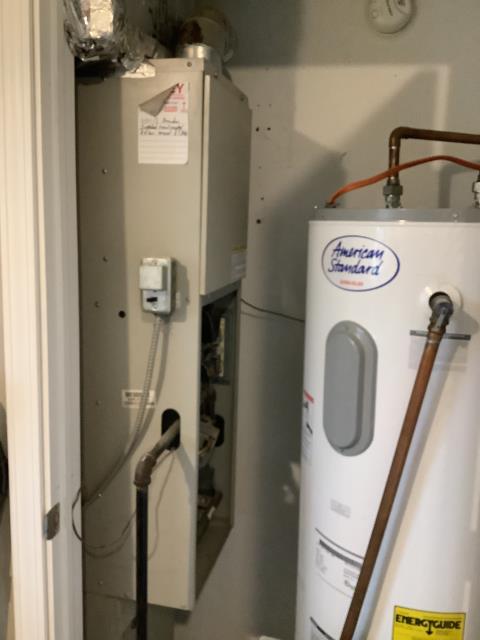 This job was canceled.