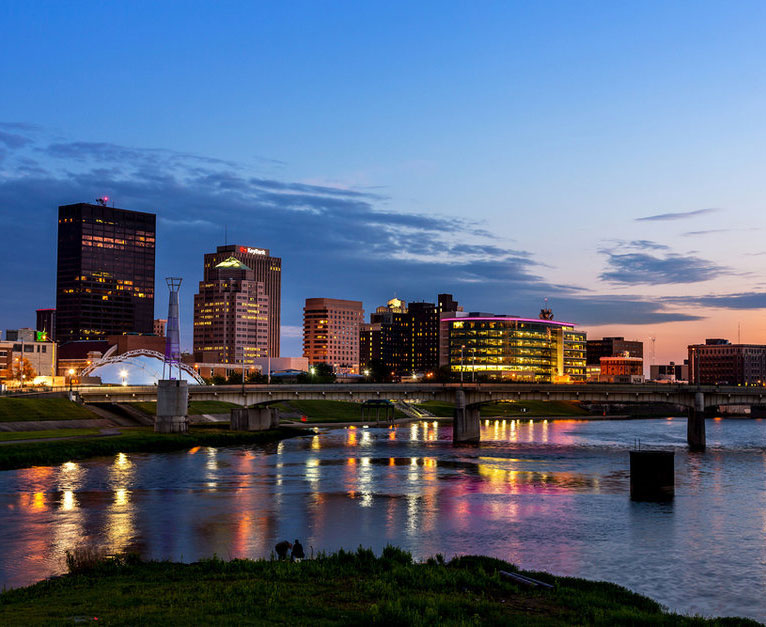 With a population of around 140,400 people, Dayton is the sixth largest city in Ohio. It is also the county seat of Montgomery County. However, it has a small portion of land in Greene County.

Significant research, manufacturing and development takes place in Dayton daily in fields like industrial, aeronautical, and astronautical engineering, which has led to many technological innovations that have affected the world. Much of this innovation that’s happening in the Dayton area is because of the Wright-Patterson Air Force Base. However, with a decline of manufacturing in recent decades, Dayton’s leaders have had to diversify the area into much more of a service economy that includes healthcare and government sectors in addition to insurance and legal sectors.

In addition to the many defense and aerospace jobs, healthcare jobs account for a large portion of the Dayton area’s economy. Hospitals in the Greater Dayton area have an estimated combined employment of nearly 32,000 people with a combined yearly economic impact of $6.8 billion.

Dayton is often noted for its important association with aviation; it is the home of the National Museum of the United States Air Force and is the birthplace of Orville Wright. Other well-known individuals born in the city include poet Paul Laurence Dunbar and entrepreneur John H. Patterson. Dayton is also known for its many patents, inventions, and inventors, most notably the Wright brothers’ invention of powered flight.

Five Star Heating & Cooling Group Rated 4.9 out of 5 stars based on 7 customer reviews

All in one (great service, fair price and great quality)

Toby and his team provided exceptional service and care

The guys called ahead at 9 AM with estimated arrival time. They were here just a little ahead of estimate. All 3 were appropriately dressed with company logo visible. They were: - friendly - efficient - good workers - professional And they did good work. Also the final bill was exact with no surprises. Very pleased with everything, especially the price!

Hassan was very friendly and informative

Technician was able to decipher our problem from the history we provided. He was polite and pleasant. He was able to clean out the affected area of ou