Our team at Xenia Heating & Air proudly services the people of South Charleston, OH, with the highest quality of HVAC services in the area. If you are a South Charleston resident who is looking for a reliable, affordable and five star rated HVAC company to serve your needs, look no further.

If you reside in South Charleston and need assistance, we would be honored to help you by providing any of our premium HVAC services at the most affordable price rates in the region.
Need emergency heating or cooling services? Give us a call.
Is your AC blowing warm air? Give us a call.
Is your furnace not warming your home? Give us a call today at (937) 708-8451. You can also get the ball rolling now and set up an appointment online by clicking here!

Nestled away in a quiet corner of southeastern Clark County, the Village of South Charleston tenders a friendly small-town atmosphere in a pleasant rural setting. By automobile, South Charleston is less than an hour away from Columbus, Dayton and suburban Cincinnati.
In 1815, a Pennsylvania man, Conrad Critz, first laid out South Charleston from a forested area of land that was the Ohio frontier. Growth of the community, however, accelerated in the 1850s because of the Columbus & Xenia Railroad, which brought an influx of workers who eventually became settlers.

Later, with the advent of mechanized agriculture, the economy in South Charleston began to expand during the era of the Civil War. Then, in 1878, when workers completed the second railroad going through South Charleston, the town prospered further
.
Today, the population of South Charleston is estimated to be around 1,693 people.
Originally, the village was named after its first merchant, Charles Paist. However, it was later changed because of ongoing problems with the mail.

The village is served by a public high school, Southeastern Local High School, and a public elementary/middle school, Miami View Elementary School. South Charleston also has a public library, which is a branch of the Clark County Public Library.

Visitors and residents of South Charleston can enjoy a variety of recreational activities, visiting the bike and walking paths, participating in the annual ball at the Heritage Commission. Local food is furnished during the Gingerbread Festival. Meanwhile, new residents can join the Masonic Lodge, American Legion or other clubs in the community. South Charleston village officials report on their Website the town is a place “you can enjoy the pleasures of small-town life in a community that’s in tune with the 21st century.”

Powered by Nearby Now
63 days ago

I provided client with an estimate for a new full HVAC system!

upon arrival customer stated that it wasn’t keeping temp. When arrived at furnace it wasn’t running but wasn’t throwing a fault code either. Cycled furnace and allowed to run with no issues. Temp rise at 50 degrees. Found gas pressure at 3.72”wc so lowered to 3.5. Cycled furnace multiple times and allowed to run 30 minutes with no problems whatsoever. Set stat to 70 per customer request. Furnace operational upon departure. 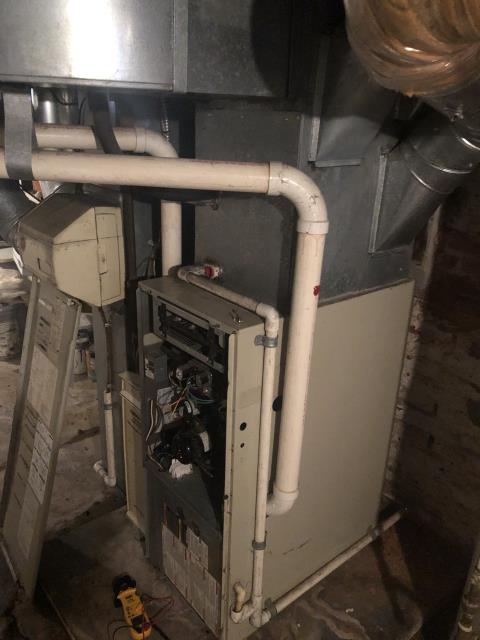 Upon arrival I completed diagnostics and found the OEM Inducer Motor needs replaced. The customer opted not to go forward with this repair at this time.

I completed a diagnostic. Customer explains that furnace works intermittently. Furnace worked the entire time I was here. Cleaned flame sensor, blew out drains, checked combustion readings. From customers description of the issue it sounded like it was kicking out on low flame current. Everything worked on repeated cycling of furnace. Furnace is operational on my departure. 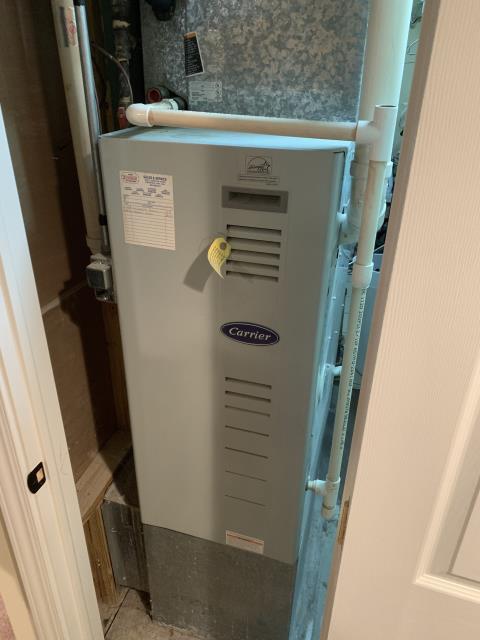 I completed a diagnostic on a Goodman gas furnace and found that the system was short cycling. I found multiple issues and the customer wanted to go ahead and replace the system. 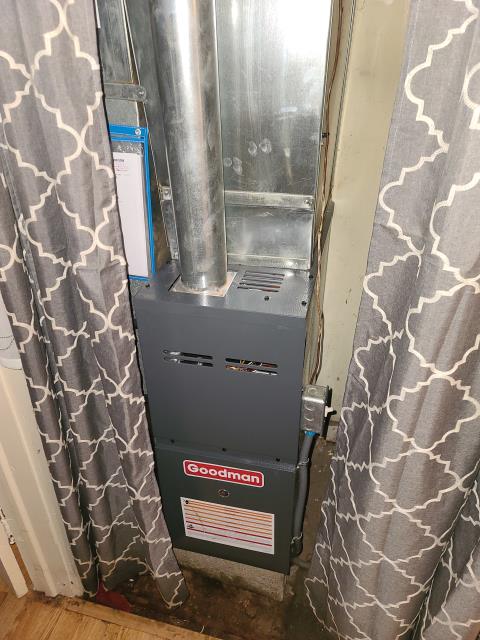 I gave an estimate to install a Five Star Multi-Speed 2.5 Ton Electric Furnace/Fan and a Five Star 14 SEER 2 Ton Heat Pump . Included in the estimate is a 1 year free service maintenance agreement.