Our team at Xenia Heating & Air proudly services the people of Yellow Springs, OH, with the highest quality of HVAC services in the area. If you are an Yellow Springs resident who is looking for a reliable, affordable and five star rated HVAC company to serve your needs, look no further.

If you reside in Yellow Springs and need assistance, we would be honored to help you by providing any of our premium HVAC services at the most affordable price rates in the region.
Need emergency heating or cooling services? Give us a call.
Is your AC blowing warm air? Give us a call.
Is your furnace not warming your home? Give us a call today at (937) 708-8451. You can also get the ball rolling now and set up an appointment online by clicking here!

A rare, beautiful village nestled away in Greene County, Yellow Springs is rich with history, culture, art and attractions that truly make it one of a kind.
In 1825, the Yellow Spring was founded by William Mills and 100 families who wanted to emulate a utopian community in New Harmony, Indiana.
Because of internal conflicts, the communitarian efforts dissolved. The village, however, was named after several nearby natural springs in which waters were seen as rich in iron content. Yellow Springs had long been the home of Shawnee Native Americans, most of whom were forced out when European-American settlement arrived and pushed westward.
In 1846, the completion of the Little Miami Railroad resulted in much more commerce here as well as more inhabitants to this area of Greene County.
A great deal of visitors during the nineteenth century came for the springs, as they were believed to have health benefits.
Yellow Springs was incorporated as a village in 1856.
Founded by the Christian Connection in 1850, Antioch College started offering classes in 1853 with the distinguished scholar Horace Mann serving as its first president.
In 1920, Arthur E. Morgan became president of Antioch College. Morgan was known for his innovations and he implemented a popular work-study program for students. An engineer by training, Morgan left Antioch to become head of the Tennessee Valley Authority during President Franklin D. Roosevelt’s administration. Upon his return, he was a key leader of Quaker intentional community developments in Ohio and in North Carolina.
Antioch College expanded beginning in 1964, to include 38 “centers” around the country by the end of 1979. Its by-laws were changed to define Antioch as a “network”, not a college, owned by Antioch University Corporation. In 1986, 32 of its units around the country were closed, leaving six campuses, which included both its original College campus in Yellow Springs and the college’s School of Adult and Experiential Learning there. It operated separately as Antioch University McGregor. That adult and graduate education school was renamed as Antioch University Midwest in 1988.
Among the many attractions in Yellow Springs are Glen Helen Nature Preserve, Little Miami Scenic Trail, John Bryan State Park, Clifton Gorge State Nature Preserve, Young’s Dairy and a slew of parks and other attractions.

Five Star Heating & Cooling Group Rated 5.0 out of 5 stars based on 1 customer reviews

All around outstanding interaction and workmanship. Arrived on time. Good communication skills. Answered all questions. Cleaned up.

Upon arrival I completed a HVAC Job Continuation. The system is operational upon departure.

Upon arrival I noticed furnace sits to low, I gave customer an estimate to move furnace up! 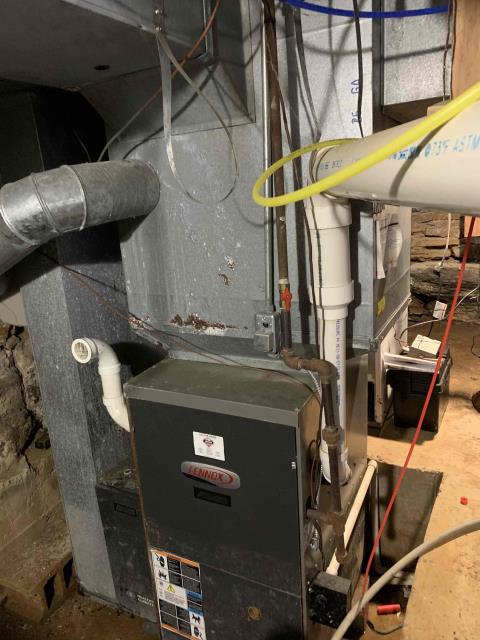 I performed a diagnostic service call for a 2011 propane furnace. After arrival customer advised that furnace had stopped working. Customer had found that condensate pump had stopped working which was causing the safety on pump o shut down furnace. Customer had cleared all lines and attempted to repair but there were some damaged internal components. After discussing with customer replaced pump and ran new drain line. Also assessed furnace and found flame sensor reading low so pulled and cleaned. After installing pump primed and confirmed operation. Cycled furnace and allowed to run approximately 15 minutes with no issues. Furnace operational upon departure. 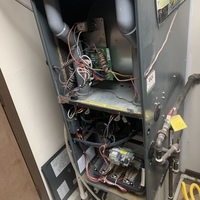 I completed a Full Install of a Amana Variable-Speed Electric Furnace AVPTC (Up to 3 ton) Honeywell T10 Programmable Thermostat Amana 16 SEER Two-Stage Heat Pump ASZC16 (Up to 3 ton). The system is operational upon departure. 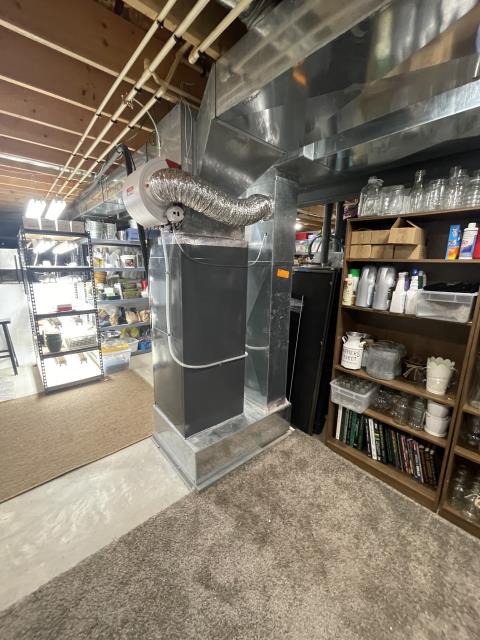 Upon arrival I completed a Job Specification.

I completed a Furnace Tune-Up and Safety Check on a Lennoxr furnace. I visually inspected the unit. Checked voltages, amps and pressures. Completed combustion analysis. Cycled and monitored system. Operating normally at this time. 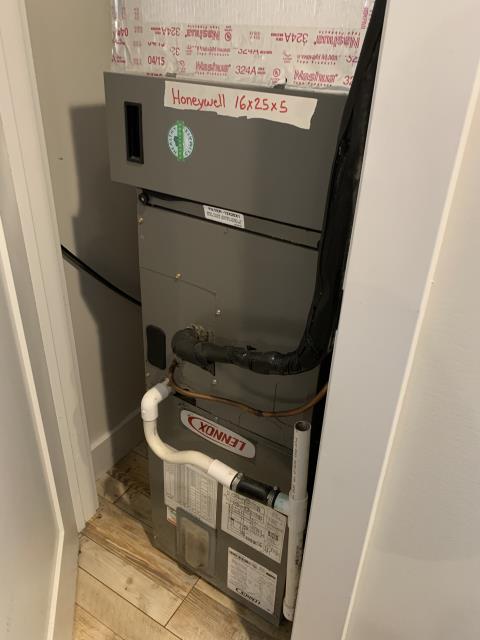 I completed a Furnace Tune-Up and Safety Check on a Carrier furnace. I visually inspected the unit. Checked voltages, amps and pressures. Completed combustion analysis. Cycled and monitored system. Operating normally at this time. 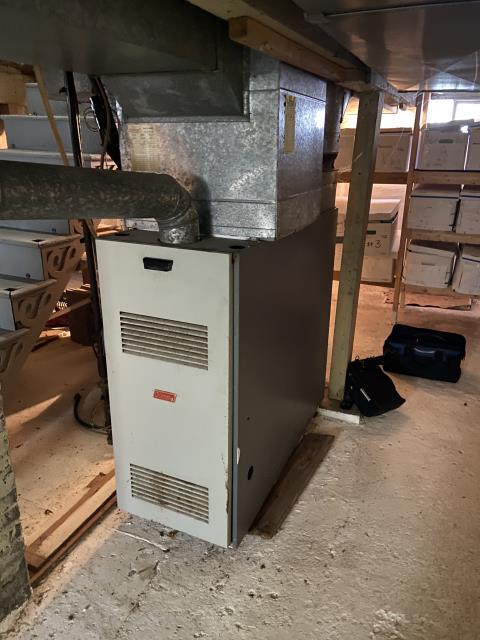 gave an estimate for a Amana electric furnace and a two stage heat pump Price includes New Electric Furnace/Fan Coil, Thermostat, All Duct Adjustment, All Electrical, Removal of old Equipment, Tax and Installation Complete. a 10 year warranty on parts and a 5 year warranty on labor